Why is a JSF components development so painful?

It would be really great if I could develop full-blown JSF components wrapping some JavaScript UI widget as fast as I’m developing plain HTML, wouldn’t it?

Every tool and every framework which tries to simplify a process should have a strategy to allow a fast turnaround. It is lowering a learning curve and saves developers many invaluable hours. And mainly it makes working with the a tool a pleasure! 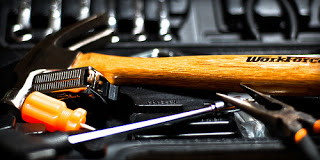 and then it takes these definitions and
Brian Leathem has written *series of articles** introducing how easy can JSF component development be when using RichFaces CDK.
But besides it is the powerful tool, you can also achieve a really fast development turnaround using CDK- just by using proper tools!

There is guide which covers how to setup your tooling to start with a development.

It covers setting up the component and demo project in JBoss Tools (on top of Eclipse IDE) and how to automatically trigger build when you change CDK resources.

And to make the deployment phase as quick as possible?

We are using JRebel to hot-deploy built resources into JBoss AS 7, which is itself f&@#ng fast.

You can just save & refresh *the page!

The pictures used in the blog are only illustrative, taken by various authors and published under Creative Commons license. The references: the toolkit by Ryan Hyde and the trains by Joel Down
blog comments powered by Disqus